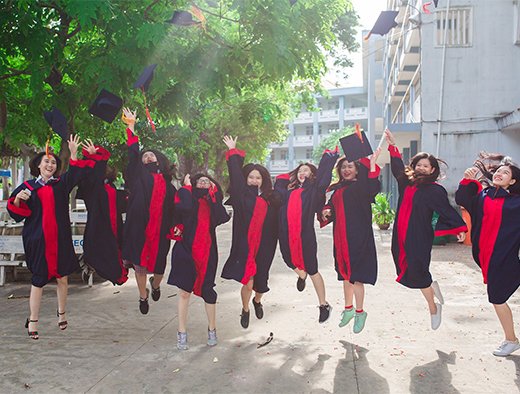 University of Cambridge is proudly standing with its historic excellence in the center of the city, Cambridge. The University is serving more than 18 thousand students from all corners of the world as a collegiate public research organization. The graduates usually get benefit from the fellow alumni in established positions. From Australia to Brazil, more than 400 Cambridge alumni groups are active consisting of influential politicians, cultural players and many high profile jobs.

Facts about University of Cambridge

The university of oxford is the oldest one in the English speaking nations. Its founding date is still unknown and from the early 11th century it has proved its excellence in every sector from politics to sports. It has the largest library system in UK. Standing proudly with 44 colleges and halls, it is located in the center part of the city Oxford. The alumni network of Oxford is more than 250 thousand individuals including 120 Olympic medalists, 26 noble prize winners, 30 modern world leaders and 26 of British prime minister.

The graduates are a safe option in the hiring world and are often put in research or innovation based roles.

Facts about university of oxford

University College London (UCL) is an academic power house. It is ranked 22nd worldwide in terms of affordability and has a great reputation in the international community for its research. Located in Bloomsburry, London, the University is the first to encourage equal opportunities for male and females irrespective to society and culture. Every decade gets one noble laureate from this university. UCL careers has been a support to all the students with a support to establish their career path. Entrepreneurs are mostly benefitted by their one to one counselling sessions. Recruitment events in the campus helps students to give a wide idea about the job sectors outside.

With a celebration of science and arts, Imperial College of London is situated in in South Kensington, London. The core focus of this institution is science, engineering, medicine and business. With a diverse class of students from different culture, ICL is one of a kind institution in UK ranked in the top universities every year. It is also a member of the Russel group so the employer reputation of ICL is always at peak because of the continuous contribution in research field.

Facts about university of Imperial College of London

The University of Manchester

Ernest Rutherford first split an atom in this place. With such great histories, the university is spending billions to keep up its good faith over the years. Being a Russel group member, the university has contributed a lot in the research field with 25 of the noble prize winners from its former and current students. Standing in Manchester, the university is calling great brains with greater opportunities. A developed career center is helping the graduates and undergraduates to meet professionals on campus. Trainings like psychometric tests are provided to all the students which is a necessary in the employment field.

Facts about the university of Manchester

LSE is known for excellent research facilities. Standing on Houghton street, London, LSE has seen a mix of wide cultural range of graduates and post graduates. The former students of LSE are serving in developing the social science with a contribution to the governments, political leadership, business and media as well.  The alumni includes some of the great people like John F. Kennedy, Mick Jagger,David Attenoroug, David Rockfeller and George Soros. The employer reputation of LSE is ranked 8th according to QS ranking.

Facts about London School of Economics and Political Science (LSE)

The University of Edinburgh

Heading to Scotland, the University of Edinburg has been consistently holding a rank in the world’ top 50 universities. The alumni of Edinburg includes nobel laureates to creative writers like J.K Rowling. The career events and counselling services of the university helps students to be one of the most demanding candidates in the recruitment process. The edinburg awards gets you an opportunity of internship programs and work experiences too.

Facts about the University of Edinburg

Being located in one of the friendliest city of UK, University of Leeds is the first choice for students from over 150 countries around the world.  With a vast number of diverse cultured students, University of Leeds has maintained its reputation as a quality research institution. Extensive range of experiences will make every student a thriving job holder in various sector. University of Leeds was voted 4th as per student experience in 2017 by the Times.

Facts about the University of Leeds

Facts about the University of Bristol

Located in the East Midlands in England, the university was founded in 1881. The University is very competitive and strong in Pharmacy, Education and training, vetenary science and Geography. Has been holding rankings for years for these subjects. According to the high fliers research, this university is definitely a catch as a top targeted university. Nearly 96% of graduates and post graduates are employed by top employers within 6 months of their graduation. Through their internships, placements and research projects, one can benefit from their collaboration with key names across a range of industries.

Facts about the University of Nottingham

The University of Warwick

Research and Innovation, these are the two words to justify the University of Warwick. Campus located in Coventry, the university welcomes more than 26 thousand students from over the world. The constant support from accommodation to career counselling, everything is student friendly. Student’s interests are prioritized to make them succeed in their way.

Facts about the university of Warwick

Formed with a great researched excellence, University of Birmingham is also a Russel Group University. In several disciplines, this red brick university is known for Dentistry, Development studies, Education, English Language and literature, Sports-Related subjects, Theology, Divinity and Religious studies.   89% of their History students are in employed within six months after finishing their degree. Graduates from the university have settled to work in a range of careers. Most graduates working with organizations such as the United Nations, Foreign and Commonwealth Office, local authorities in the UK and overseas and the Department for International Development.

Facts about the university of Birmingham

Known for Theology, divinity, religious studies, Archeology, Geography, Durham University is a public research institute located in the north East England. Durham University is a hub of extracurricular and opportunities to flourish in careers like crucial leadership, communication, entrepreneurship and transferrable skills.

University of Southampton is one of the founding members of Russel group, where great researches like optical fire creation and researches like immunity growth to fight cancer is taking place. This is the perfect place to encourage entrepreneurship and startup companies’ establishments. If you don’t know your passion yet, University of Southampton is the perfect place for you to get enrolled in. Any of the campuses in Southampton, Winchester or Malaysia can provide you the same opportunities to flourish your next step.

Facts about university of Southampton

Loughborough University understands that the job market is highly competitive. That is why they have included paid placements for all their undergrad students in every course. This helps the students to build industry links from their student’s life. Loughborough University believes in the potentials of the students. The 440-acre single site campus is full of teaching and research. The university has a distinct reputation for sports as well. It has won many ranks in student’s choice and student experience survey. (5% students get into jobs after graduation within first 6 months. According to QS world rankings, they have been the best sporting university for quite a time now.

The University of Sheffield

The University of Sheffield is a member of Russel group with an extensive background in Research. It is ranked on the top 100 universities in the world for the student experience. Located in Western Bank Sheffield, the campus is standing in the heart of UK. The institute claims world class teaching in the area of humanities. Engineering, medicine, dentistry and health and social sciences.  The university is also ranked as the one of the most affordable universities considering the lifestyle and living cost.

During graduation, students are to undertake a Professional Skills module and attend the corresponding lectures. The “Placements and Employability” Team make connections with employers and to build engagement with the existing students. The key areas that the team work with employers and alumni are with placements, case studies, delivering talks and raising awareness of career paths. The team also work with key awarding body organisations, such as the RTPI, RICS and CIH.

Facts about the University of Sheffield

With a rich heritage of producing noble laureates for 170 years, Queens University is filled with pride in first class Education. Standing in the capital of the northern Island, queens University has established a clear connection between learning and research.

The focus is always in nurturing one’s interest to get the best out of anyone. Numerous Multi-national companies are hiring from Queens over the years. Queen’s is ranked 11th in the UK for career prospects after 15 months of graduation.

University of Glasgow is also a member of Russel group and is recognized for the ground breaking works of scientist Lord Kevin to the father of Economics, Adam Smith. The Annual research earnings of this institute is over £180 million. As like the other great UK universities they also have a wide cultural range of students from more than 130 countries.  The Careers Service of Glasgow university has linked with nearly 10,000 employers and established close contacts with the prominent graduate recruiters in the public, private and nongovernmental sectors.

Facts about University of Glasgow

Bath is established with a nurturing environment where the university of Bath is proudly standing since 1966 with satisfactory graduate employment. Bath won an award in Teaching Excellence Framework ensuring highest quality in teaching methods. The skillset of students of University of Bath is highly valued in the employment industry. According to the High Fliers research, this is another tempted place in the recruitment industry. The alumni of Bath are the highest paid according to LEO data 2016/17.

Facts about University of Bath